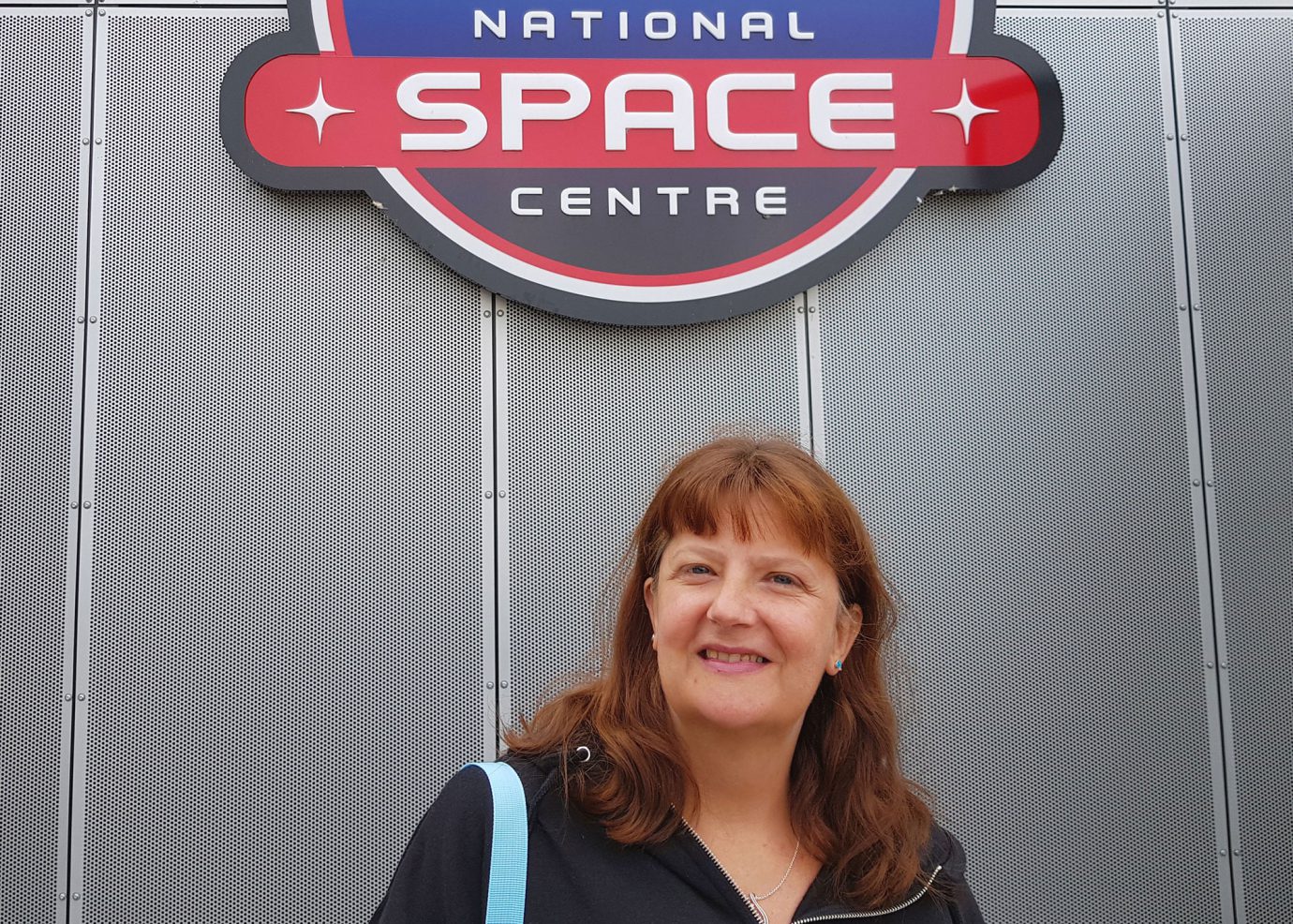 You might remember that back in March we ran a competition asking science technicians across the country to share their top technician tips and tricks for the prep room which help them stay organised and ahead of the game.

We’re delighted to announce that Sharen Cordy RSciTech, Senior Science Technician at Orchard School in Bristol, was chosen as the lucky winner of our competition for her tip on microscale diffusion of potassium permanganate crystals! Her prize was a science day out for two in August at the National Space Centre, plus dinner and a hotel stay in Leicester.

We caught up with Sharon afterwards to see if she enjoyed the prize and she had this to say:

“Once I’d submitted my prep room tip I’d totally forgotten about the competition, so when SciChem rang me to tell me I was the winner I was really surprised!

I asked my friend Elaine if she would like to go with me (much to my husband’s dismay!), and once we’d worked out a date, we decided to add on an extra night at the hotel.

The day arrived and we set off, stopping in Coventry for a spa session and afternoon tea, which was a great start to our road trip!

We drove on a bit further to Leicester. We were booked into the Ramada which was in central Leicester. The hotel was great—just what we needed! Once we were settled in, we headed out for a bit of retail therapy and some drinks, and to work out the best way to get to the National Space Centre the next day. The following morning we headed out by bus to the National Space Centre, which was a quick journey and there was no queue to get in. Once inside there was so much to see! The exhibits were great and there was lots of interactive stuff to do. We had a planetarium show which was really good.

When we came out of the show it had gotten busy! There was lots of information about Tim Peake’s mission to the International Space Station, which was brilliant as we both have an interest in this. The best part of the day was spent there, and I’d highly recommended anyone to visit. It’s so hard to have a favourite part of it, as it was all fantastic!

Part of my prize was a dinner which was booked at Zizzi—we had a fab meal and then headed out for a bit afterwards to enjoy the night.

I want to give a massive thanks to SciChem for selecting me as a winner, we both had an amazing time!”

The competition was run for #TECHOGNITION 2019, a week-long event celebrating the unsung heroes of science departments in schools across the country.

Laminated sheets with a 2p-sized circle with a line down the middle. Tiny circle to the left. Students fill the large circle with cold water using a pipette. Place one crystal in the tiny circle. Using the pipette, push the crystal to the edge of the droplet—do not agitate the droplet—start the stop clock. Time how long it takes for the purple colour to reach the line. Repeat steps 1–4 with warm water.

Edulab
We use cookies on our website to give you the most relevant experience by remembering your preferences and repeat visits. By clicking “Accept All”, you consent to the use of ALL the cookies. However, you may visit "Cookie Settings" to provide a controlled consent.
Cookie SettingsAccept All
Manage consent